How Do I Floss Properly?

You should be sure to floss once a day in order to prevent cavities in places where your toothbrush can’t reach and to ward off gum disease.

The American Dental Association has a video to help show you this process.

Why Is It Important to Floss?

Most people will brush their teeth, but many are reluctant to floss as instructed. Some feel that brushing alone is sufficient, while others were influenced by a 2016 news article citing the lack of studies done on the effectiveness of flossing. Others are concerned when flossing causes discomfort or makes their gums bleed.

The truth of the matter is that toothbrushes are incapable of reaching all surfaces of the tooth. There are spaces between teeth where tiny food particles and bacteria can cause plaque formation. While mouthwash can reach these areas and kill the bacteria, it’s not capable of removing the plaque. This plaque will eventually become tartar, a hard substance that can only be removed by a dentist.

Plaque in areas between teeth can result in cavities that are difficult to spot, and beneath the gumline, it can cause irritation and eventually lead to gingivitis and gum disease. This is typically the real reason why gums bleed when flossing. Flossing helps keep these areas clean and allows the gums to heal and return to normal.

A study performed at Mashhad University of Medical Sciences found that flossing increases the effectiveness of brushing, allowing higher concentrations of fluoride to remain in the mouth for longer periods of time. While the study found evidence leading us to believe that flossing before brushing may be more effective, the most important thing is that we DO floss!

Mouthwash - Should You Be Using a Mouthwash? Brushing and[...] 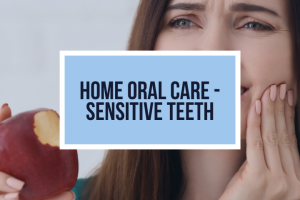 It is estimated that approximately half the population experiences tooth[...]