Everyone can recollect moments from our childhood years when the Tooth Fairy traded coins for our prized baby teeth.

This is a well-loved tradition for American families, and the Tooth Fairy is even a great story for parents to apply when aiming to convince their kids to take good care of their teeth. Actually, writer Vicki Lanksy discovered that boys and girls were far more dedicated to sustaining exceptional oral hygiene if their parents told them that the Tooth Fairy paid a lot more for perfect teeth. Still, did you realize that the Tooth Fairy that we know is essentially exclusive to Americans? Plus—as opposed to Santa Claus and the Easter Bunny—the beginnings of this custom are rather unknown.

The Tooth Fairy What?

Rosemary Wells, who teaches at the Northwestern University Dental School, chose to do some research on the mysterious origins of the Tooth Fairy several years ago. What she realized was that the Tooth Fairy was not as ancient as everyone believed. In fact, the first oral evidence of this toothy character took place near the turn of the 20th century, and the initial printed image was in 1927. Wells proceeded with her investigation for many years and she also organized a nationwide inquiry that included around 2,000 parents. Among the most significant of Wells’ accomplishments is the gallery that she has opened that displays all of her research and findings to the equally curious public. And where is this museum? It’s inside of Wells’ home in Illinois. Her business card even announces her as the official “Tooth Fairy Consultant.”

Even though the idea of the pop culture Tooth Fairy has its sources in American customs, the rituals regarding lost baby teeth vary from country to country. Girls and boys from Russia, New Zealand, France, and Mexico keep their baby teeth beneath their pillow in the hopes that a mouse or rat will change it out for money or desserts. The idea behind this approach is that the young ones’ teeth are going to grow back as tough as a rat’s. Actually, many civilizations’ beliefs of the Tooth Fairy include a rodent or mouse character. However, it relies on the area. Furthermore, where the child lives dictates whether they will keep their baby tooth under their pillow or if they leave it out for the rodent to snatch. The French refer to this figure La Petite Souris, and the Spanish call it Ratoncito Perez.

Other types of well-loved beliefs consist of sinking the lost tooth in a glass of water or milk–or even wine–and placing it by the night table. Tannfe, the Norwegian tooth fairy, prefers the teeth in clear water since her old eyes cannot find the tooth anywhere else. Also, whenever the son or daughter awakes in the following morning, a silver coin will be at the base of the cup. For children in Ireland, the tooth fairy is called Anna Bogle. She’s a young leprechaun who unintentionally knocked out her front tooth. She uses children’s lost teeth to replace her own, and in exchange, she leaves a polished gold coin. At the same time, in Asian countries, young children will throw teeth lost from their lower jaw onto the roof of their house, and teeth lost from their top jaw will be pitched right into the area beneath their home. Ordinarily, the kids will proclaim a desire for sturdy, healthy teeth to grow in its place.

There are some societies that handle the ritual of lost teeth with caution. For instance, in Austria, young children had been known to cover up their teeth in the environments around their home. Austrians believed that if a witch obtained a baby tooth, that children could easily come to be cursed, so children hid their baby teeth to protect themselves. Alternatively, Viking fighters strongly believed their son’s and daughters teeth brought luck throughout a battle, and they often fashioned jewelry out of the teeth to wear to war.

Practical Approaches to the Tooth Fairy

It can be suggested that the exercise of these assorted tooth fairy traditions can aid children in beating the anxiety of losing teeth, as well as give security during the course of this new experience. Cindy Dell Clark, an anthropologist, has said that a kid receiving money for their lost tooth is the primary shift from childhood into adulthood because making money throughout adulthood is an exercise in accountability.

Rosemary Wells and Cindy Dell Clark are not the only ones who have been analyzing and researching the outcomes of the tooth fairy in American culture. In 2013, Visa announced that the average amount traded for a tooth in America was $3.70. “It is due to a combination of things: one is a reflection of an improving economy, and that parents feel they can afford to be generous in small areas,” says Visa’s senior director of global financial education Jason Alderman.

Our team wants to know what you think! Did you have a special tooth fairy belief growing up? What amount did the Tooth Fairy leave for you? Mom and Dad, do you know when the best time is to start bringing your little one to the dentist? Our team at Periodontal Associates of Memphis have provided a quick guide on why you should teach your child solid dental hygiene habits ASAP on our blog. You can read it here. 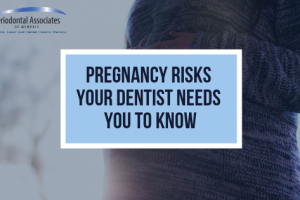 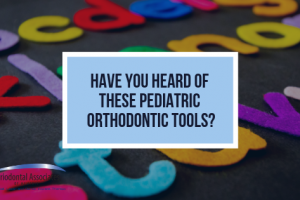 Everybody knows about dental braces. A lot of us sported[...]