How Is Gum Disease Connected to Dementia?

According to the National Institutes of Aging, the bacteria responsible for periodontal disease are also associated with the development of dementia (particularly vascular dementia) and Alzheimer’s disease.

We frequently emphasize the importance of oral health and treatment of periodontal/gum disease, as this infection of the tissues surrounding the gums allows bacteria from the mouth to enter the bloodstream and affect other parts of the body.

Using data from the National Health and Nutrition Examination Survey along with blood tests, the National Institutes of Aging researchers looked at a group of more than 6,000 people to find if the oral bacteria in gum disease could be linked with diagnoses of dementia.

They looked for nineteen different types of oral bacteria, including Porphyromonas gingivalis, which is the most typical type of bacteria found in gum disease. In those who are afflicted by Alzheimer’s, it’s been found that beta-amyloid proteins can clump together to form plaques. A previous study has suggested that these plaques may actually be produced in the body as a response to Porphyromonas gingivalis.

One of the findings was that older adults with gum disease at the start of the study were more likely to develop Alzheimer’s during the course of the study than those who did not have signs of gum infections.

While it appears to be clear that there are connections between dementia and the bacteria found in periodontal disease, researchers are looking into more long-term studies to learn more about this association. The current findings suggest that gum disease may precede cases of dementia, but it’s also known that dementia makes it harder for patients to properly care for their teeth and gums. Further research needs to be done into whether or not treatment of infections of gingivalis can have an impact on Alzheimer’s disease. 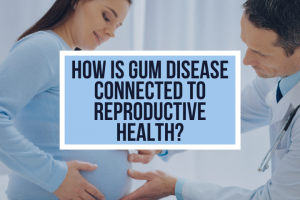 It can't be overstated how much the health of the[...]

Health and Wellness | How Does Oral Health Affect Overall Health?

Your mouth is the most widely used entry point into[...]

Our past blog explored the two kinds of oral cancer[...]