Everybody knows about dental braces.

A lot of us sported them or knew lots of people who did during our younger years. Around 4 million Americans are wearing braces presently, and they are the top used form of adolescent orthodontics. We’ve collected a short lineup of some early orthodontic accessories that a lot of people may not recognize.

Some children require a device that is known as The Nance “button,” and it is a partial acrylic plate that covers a portion of the palate. The Nance Button is utilized in small children who lose their primary teeth very early. Doing this precautionary action maintains grown-up molars from moving forward too far given that there are no other teeth to drive them back. The Nance is constrained in place by using two metal bands that are set around the rear teeth. Depending on the child’s needs, the Nance can either be sealed in position to reduce motion, or it could be easily removable to permit the kid to be a part of athletics or various other games.

According to The American Academy of Pediatric Dentistry, families must teach their kids effective dental care whenever the Nance Button is included. Complications and infections will appear if germs and food particles build-up beneath the button, which in turn can cause palatal infection. Additionally, there is a hazard of the acrylic section getting trapped in the soft palatal tissue assuming that the young child lives with poor oral care or if the appliance turns out to be deformed.

This instrument is rather similar to the Nance Button; however, it’s mounted on the lower teeth as opposed to on the palate. Two metal bands are cemented to the back molars, and it operates as a way to avoid the back teeth from shifting forward in the course of the period that the primary teeth are being lost. A U-shaped bar is joined to the metal bands, and it rests behind the adult molars. While the arch has the potential to inflict moderate soreness, because it is never secured to any sort of soft tissue, there lacks any likelihood of it becoming contaminated in the same way that the Nance Button can.

Palatal expanders are specially made orthodontic instruments for young people that are made of two sections. Your family’s orthodontist will apply the expander over a couple of the top teeth in the back of the mouth, and then the two parts are screwed together in the middle. Day after day, a specific key is used to turn the screw and tighten the device. This gadget is usually used to remedy issues like cross bite, crowding, and impacted teeth.

Until the child hits puberty, the upper jaw is divided into two halves. The expander acts in order to pressure the two parts away from one another and preserve the bones to widen the upper jaw. The patient will commonly wear a palatal expander for roughly 3 to 6 months. When the orthodontist is happy with the growth that has happened, they will leave the expander applied for a few more months to allow fresh bone to form in the void of the palate.

Mom and Dad, convincing your children to brush and floss perfectly might be a hard problem. Here we have described a few of the earlier orthodontic methods that are around today; yet, the most reliable thing to do is to build exceptional routines with your kids so that their opportunity of developing problems is decreased.

Our team is on social media! Follow us for more interesting and useful information! 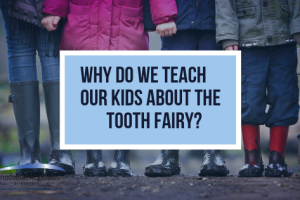 Everyone can recollect moments from our childhood years when the[...]

Tongue Piercing May Cause Gapped Teeth

Tongue Piercings could cost thousands of dollars in orthodontic repairs[...]

5 Reasons To Start Orthodontic Therapy Early Rather Than Late