Here’s a crucial message for teens: Oral sex increases the risk of oral cancer and carries many of the same risks as sexual intercourse, including human papilloma virus, or HPV.  And HPV may now be overtaking tobacco as the leading cause of oral cancers in America in people under age 50.

“Adolescents don’t think oral sex is something to worry about,” said Bonnie Halpern-Felsher professor of pediatrics at the University of California, San Francisco. “They view it as a way to have intimacy without having ‘sex.’”

Here are some interesting statistics:

While tobacco was the prime cause of oral cancer in the past, recent studies have attributed the steady increase of the disease to the human papillomavirus (HPV). HPV are common viruses that cause warts. There are approximately 130 versions of HPV but only nine cause cancers, and the HPV16 version causes almost half of the oral cancers in the U.S.

Tobacco is no longer the only bad guy,  HPV16 is increasing in incidence as the causative etiology, and if it continues on this trend line, it will replace tobacco as the primary cause of oral cancers.

The latest data suggest that 64% of oropharynx cancers – growing in the middle part of the throat – in the United States are caused by HPV, which is more than tobacco causes, said Maura Gillison of Ohio State University. And as the number of partners on whom you have performed oral sex goes up, the risk of oropharnyx cancer goes up.

About 37,000 people per year receive a diagnosis of oral cancer, according to the Oral Cancer Foundation.

The media heavily influences the way kids act, feel and respond to sexually related issues. The messages communicated by the media are that sex outside of marriage is okay (and expected!), oral sex is not as big a deal as intercourse, and exploring multiple sexual partners and experiences should be encouraged. And these messages are becoming more common and explicit in relation to oral sex.

Another factor is the varied perceptions that teens have about oral sex.  A study in Seventeen magazine revealed that half of all teens ages 15-17 do not believe that oral sex is ‘sex.’ And why should we expect anything different? Teens are bombarded with the message that it’s okay, yet where are the voices telling them otherwise?

Parents should have honest conversations with their teenagers about oral sex. Tell them that the consequences of HPV may not happen right away, and while the risks may not be huge, they are significant. Potential long-term outcomes of cancer are quite concerning.

Dentists are usually the first to notice subtle signs and symptoms of oral cancer in a simple three to five minute visual and tactile exam. It is extremely important that the dental community continues to be involved in oral cancer screenings.

Of the 37,000 new cases of oral cancer diagnosed each year in the U.S., 25% of those people will die of the disease. Only 57% of all diagnosed oral cancer patients will be alive five years after their diagnosis.  Approximately 100 people in the U.S. will be diagnosed with oral cancer every day, and one person will die every hour from it.  In short, oral sex increases the risk of oral cancer. 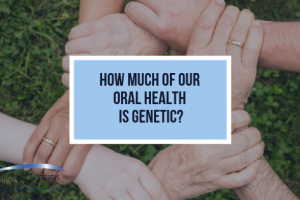 How Much Of Our Oral Health Is Genetic?

From the moment that we're born, we always have people[...]

This is an article from medical news today. Drinking alcohol,[...]

Oral Health | How to Test for Oral Cancer Pt. 1

Although oral cancer is a deadly form of cancer, it[...]